← more from
MoonJune Records
Get fresh music recommendations delivered to your inbox every Friday.
We've updated our Terms of Use. You can review the changes here.

by The Sirkis/Bialas International Quartet 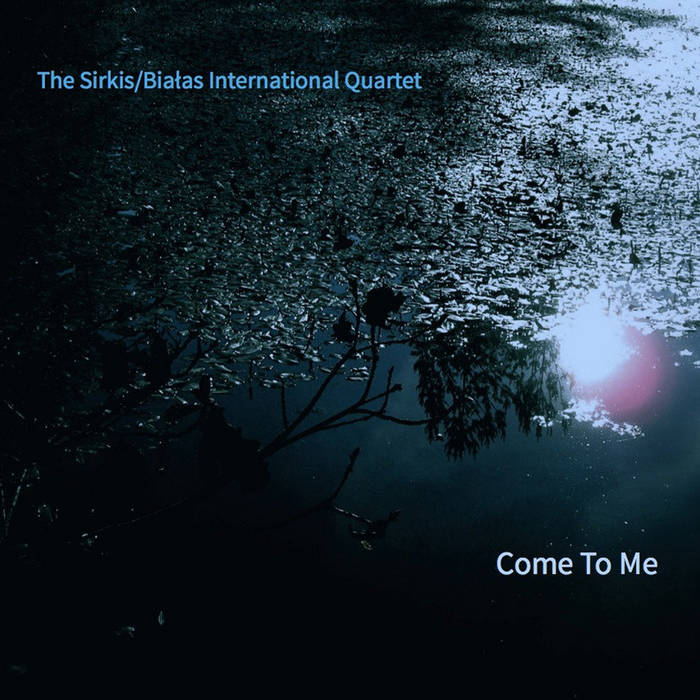 nederlanditis Remember her name: Sylwia Bialas - what a revelation. Maybe you are familiar with the likes of Norma Winstone or Flora Purim - yes, of course, from that Chick Corea recording of 1972 - appeared to me that even some ideas derived from those ECM vinyls. It's intimate, calm, and beautiful all the way. Favorite track: Vortex.

Sven B. Schreiber (sbs) "Come To Me" is the first joint effort of Asaf Sirkis and Sylwia Białas as "Sirkis/Białas IQ". Contrary to the recently released (10/2019), quite experimental "Our New Earth", this album is much more in the vein of the traditional piano jazz trio plus vocals - occasionally including the lovely sound of a chromatic harmonica. Frank Harrison does a great job on the piano, and as usual, Sylwia Białas' vocals are the special ingredient here, which opens up a new dimension to this exquisite music. Favorite track: The One.

Peter Jones OK, so faving Vortex might be a bit obvious - it really is very good, though :).

Magnolia also gets a special mention - probably one of the more "accessible" tracks.

"Drummer/composer Asaf Sirkis, whose last album from 2013 was the highly acclaimed Shepherd's Stories is back with new group, co-led by the extraordinary Polish vocalist, composer and poet Sylwia Bialas. The album consists of ten journeys, they are much more than tracks, which contain many moments of intense yearning, sorrow, happiness and love. The compositional credits are shared equally by Sirkis and Bialas, with Bialas also contributing five poems in Polish, and while this music is a band effort, (Frank Harrison on piano and keyboards has many moments to shine as does Patrick Bettison on bass and chromatic harmonica) it is the dual leaders who naturally stand out. Sirkis' drumming is very subtle and razor sharp throughout, even when the energy rises, as in "Vortex," but it is Bialas' singing and vocalizations which (naturally) captures the most interest. Her voice is an astounding instrument, crystal clear throughout its wide range, with a very sparing use of a tight, controlled vibrato. She can whisper as easily as soar, and Polish never sounded so enchanting. The music is highly emotional, with long-limbed melodies that unfold slowly, encircling the sound stage. Time stops for the duration as the music uncovers multiple layers of meaning starting with "Come To Me" and ending with "Orgon." The Sirkis/Bialas International Quartet has a sound all its own, despite having influences from all over the world." - Budd Koppman, All About Jazz

"The Invitation to share in the rarefied, positive atmospheres contained within this debut release from the Sirkis Bialas International Quartet is tangible from an ensemble who evidently love what they create together. Acclaimed drummer and percussionist Asaf Sirkis’ 2013 album Shepherd’s Stories included amongst its jazz/rock solidity an enchanting, wordless cameo appearance by Polish vocalist Sylwia Bialas whose new-age tones were so intriguing as to suggest the development of a future musical collaboration. This conceptual spark has now ignited a synergetic new quartet with pianist Frank Harrison and bassist Patrick Bettison, featuring the broad scope of Bialas’ vocal dexterity. Dividing equally the ten compositions of Come To Me, Sirkis and Bialas create expansive landscapes (jazz, folk, world, prog) which are, in turns, contemplative, brooding and joyfully animated. Sylwia Bialas uses her voice either to shape her self-penned native lyrics or to explore more and more inventive instrumental avenues, frequently taking it through seemingly unreachable pitches and athletic rhythmic patterns. And the distinction here is the constant interaction with her fellow players; this is no ‘singer plus band’ set-up, but rather a fully integrated quartet whose conception feels unique. Patrick Bettison’s conversational electric bass style bears something of a resemblance to that of supremo Jeff Berlin, his fretless-like timbre a good match for Bialas’ various intonations; Frank Harrison displays all the sparky virtuosity and tender lyricism of his own trio albums and catalogue of recordings with Gilad Atzmon’s Orient House Ensemble; and former Orient House colleague Asaf Sirkis is as commanding as ever in providing the quartet’s complex rhythmic backbone plus typically infinite elaborations (his accomplished Konnakol skills need to be heard and seen to be believed!). Title track Come To Me offers a first glimpse of the band’s telepathy, its sparse, unison vocal and piano motif opening into Gustavsenesque transcendence, and Bialas’ lyrics evolving as liltingly sung improvisation. The empyreal lucidity of Dreams Dreams is haunting, with a measured pace maintained by Sirkis’ intricate cymbal patterns; and Vortex spins propulsively to Bettison’s mobile bass (entertaining to watch, live, the concentration required to hold his ostinato position against Sirkis’ audacious cross-rhythms) as Bialas stretches out broadly and magnificently. The otherwise quiet introversion of Sylwia Bialas’ Ismael is pierced by an emotional Middle Eastern vocal style, Harrison displaying his customary high-searching piano finesse, and Bettison’s harmonica extemporisations adding a sophisticated sense of mystery. Recognisably Sirkis’ writing, A Hymn possesses a certain ‘prog ominousness’, showcasing the effectiveness of Bialas’ voice as an instrument, whilst Mandragora builds into a bristling, cosmopolitan melting pot of so many ideas and influences – a great performance. Bialas’ lucent Polish lyricism in The One shines out, echoed by lofty instrumental delicacy; and the energy of Magnolia is infectious, Sirkis revelling in its percussive possibilities. Inspired by the subject of paranormal light trails in imagery, the band again summon their combined aptitude for conveying fragility in Orbs – spatial and otherworldly, it holds the attention so beautifully. And Sirkis’ rock-driven closer, Orgon, ripples to the eloquence of Bettison’s bass and Harrison’s electric piano, concluding with mischievous, disquieting electronic vocal effects from Bialas." - Adrian Pallant, AP Reviews

Released originally in September 11, 2014.
Recorded at Eastcote Studio, London in March 2014, and at Christoph Reiss Studio, Germany, in August 2014. Mixed and mastered by Andrew Tulloch.

Guests John Beltran and Kim Myhr walk us through their magical musical adventures.